New York, August 10, 2020 — Lea-Ann Germinder, APR, Fellow PRSA, president and founder of Germinder + Associates, Inc. and editor and publisher of Goodnewsforpets.com has been named the 2019 recipient of the Michael Brim Distinguished Service Award sponsored by the Cat Writers’ Association (CWA). Germinder was virtually presented with the award August 7 by Kate Benjamin during the organization’s first-ever virtual awards ceremony. Amy Shojai, CWA co-founder and a past-president nominated Germinder for the award.

“Lea-Ann Germinder has had a significant and consistent positive impact on improving the quality of life of cats, educating the public, promoting and facilitating the professional growth of cat writers. Having worked with her for more than two decades, I have seen her lift others high and celebrate their successes. I applaud her dedication to veterinary care and sharing responsible, vital information about our animal companions,” said Shojai.

The Michael Brim Distinguished Service Award honors extraordinary achievement and communications excellence. It recognizes the person who, by word, deed, public communication, and professional excellence best promotes the ideals, mission, and best interest of the Cat Writers’ Association. Nominees can include (but are not limited to) writers, editors, or publicists whose published work or actions have had a significant impact on improving the quality of life of cats, educating the public, promoting responsible cat breeding and ownership, and/or facilitating the professional growth of cat writers.

“I joined the Cat Writers’ Association in 2011 and since that time, I’ve gotten to know Lea-Ann very well,” said current CWA President, Deb Barnes. “Her contribution to not only the social growth and presence of the CWA, but to the positive impact of animal welfare at large speaks volumes and we are so honored to recognize her outstanding achievements and dedication by naming her this year’s Michael Brim Distinguished Service award winner.”

She has frequently offered advice and expertise to individual CWA members as well as the CWA administration having also served as the CWA’s P.R. Firm of Record for several years. She has tirelessly worked to connect CWA with potential sponsors and has herself secured several for CWA’s benefit. She sponsors GNFP Human-Animal Bond Award. She has been a frequent and popular speaker at many CWA conferences, sharing her expertise as a PR professional. Germinder pioneered and remains a leader in the establishment of an online presence for cat writers, and remains a leader in the dissemination of accurate information about cats and veterinary care.

“Shining a light on great work and teaching CWA members publicity and social media skills has been my pleasure. It has given me an opportunity to work with so many extraordinary leaders and members at CWA. And, I’m honored and humbled to receive this award named after Michael Brim, a consummate pr professional,” said Germinder.

Germinder is an accredited Fellow of the Public Relations Society of America (PRSA), a former national director of PRSA, a former national trustee of the PRSA Foundation and served as PRSA Midwest district chair, Tri-State chair-elect and president of the New York City and Kansas City chapters. She is a member of the PRSA Counselor’s Academy and member of the PRSA-NY Past-Presidents Council. Germinder received the Makovsky Mentoring in Excellence Award at the PRSA-NY Awards Banquet last year.

What’s Your Story Now? Own It! Writers & Bloggers Need Their Own Story To Help Communicate & Connect With Today’s Feline Lovers 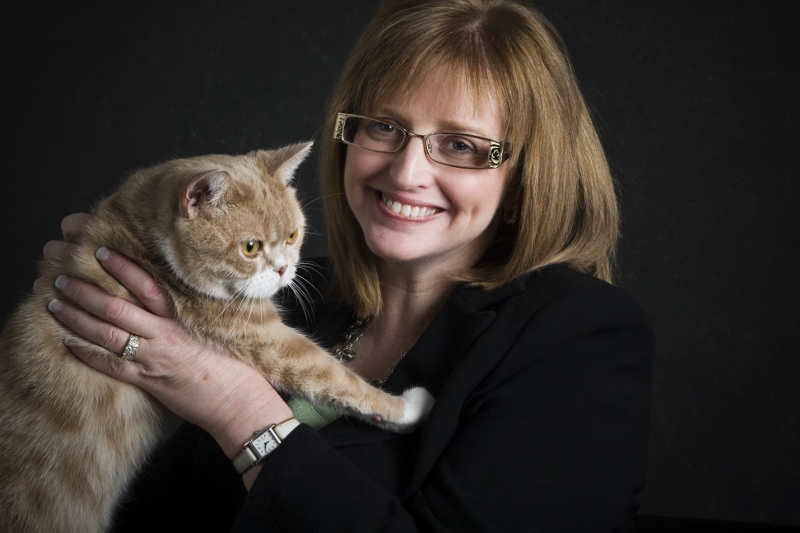 Lea-Ann Germinder, APR, Fellow PRSA will provide writers and bloggers with real-time tips and take-a-ways as a featured speaker at the 25th Anniversary CWA Conference May 16-18, 2019. Attendees will learn what works now in the rapidly changing digital and traditional media space to engage with pet parents.

Communications techniques, best practices and go to resources for both the digital space and media will be covered. As a follow-up to last year’s conference session, the latest developments in transparency and privacy regulation in the social media space and resources will be discussed as a group.

Germinder has been a member of CWA since 2000. The conference will be held at the Drury Hotel, St. Louis, Mo. To register for the full conference, click here.