(Kansas City, MO – May 17, 2021) — As the celebration of its 60th anniversary year continues, the Greater Kansas City Public Relations Society of America Chapter (GKC-PRSA) has established its Advisory Committee for the Inez Y. Kaiser GKC-PRSA Memorial Scholarship Fund. Fund Co-Founder and Past-President Lea-Ann Germinder, APR, Fellow PRSA will serve as Chair. Kaiser’s son Rick Kaiser will serve as Vice Chair. Fundraising has begun and a scholarship portal will open June 1. A donation link is available here. In commenting on these next steps, Germinder said:

“On behalf of the committee, we are thrilled to take this next step in honoring Inez Kaiser, a national pioneer who is one of Kansas City’s own. We look forward to  joining with the chapter and the Kaiser family in celebrating the scholarship honorees this fall at the annual GKC-PRSA Prism awards.

The chapter established the initial endowment at the Greater Kansas City Community Foundation for undergraduate college scholarships this past February during Black History Month. The Fund, which the chapter hopes to increase in size by raising additional funds, is to help identify future Inez Kaisers. The first scholarships of $2,500 each will be announced at the October 21 GKC-PRSA Prism Awards.

“This is an important initiative for the chapter. To be able to celebrate the powerful legacy of a great pioneer like Dr. Kaiser and at the same time help enable future Inez Kaiser’s to pursue their dreams is something I am very proud to launch in our 60th anniversary year,” said Alex Miller, GKC-PRSA chapter president.

Inez Kaiser was born in Kansas City, Kansas in 1918. She was an educator first but became a businesswoman and public relations professional of many other firsts. In 1957, she founded Inez Kaiser & Associates. In 1963, she was the first Black woman to establish a national public relations firm with national clients in a Commerce bank building in downtown Kansas City – unheard of at the time. She was the first Black woman to join the Kansas City Chamber of Commerce. She soon had an impressive roster of local (e.g.Commerce Bank, J.E .Dunn Construction, Hallmark) and national (e.g. Lever Brothers, Burger King, Sears) clients.

Yet it was her passionate commitment to volunteerism that defined her. She established the Jackson County Chapter of the LINKS of which Vice President Kamala Harris is a prominent national member. Kaiser was the first Black woman to join the Public Relations Society of America in 1966. She won many local and national awards. She was an advisor to Presidents Nixon and Ford to help Black businesswomen, but crossed the political aisle when as her son says, “she voted for Obama.”

“What my mother accomplished is still amazing to me. She was a great teacher, a great cook, a great businesswoman, but to me at the time, she was mama. And you didn’t mess with her! I know she would be thrilled to see all of us working together to not just celebrate her, as she was in fact modest about her accomplishments, but helping others in the profession she loved,” said Rick Kaiser.

The Greater Kansas City PRSA chapter is a community of public relations and communications professionals across the Kansas City area, from recent college graduates to leaders of some of the largest firms, agencies, and non-profits. Our members represent nearly every practice area and professional and academic setting within the public relations field. In addition, we support students from across the Midwest who are members of their campus Public Relations Student Society of America (PRSSA) chapters. We hold virtual and in-person events to enhance our professional growth. Our chapter also boasts signature events, such as our annual PRISM Awards gala honoring the year’s best in communications excellence. At GKC-PRSA our mission is to be the professional resource and advocate for Kansas City’s Communications community.

For more details, go to the GKC-PRSA website here.

As the celebration of Black History Month continues,the Greater Kansas City chapter of the Public Relations Society of America celebrates the start of its 60th anniversary year with a celebration of its own, an extraordinary member of the chapter, Dr. Inez Y. Kaiser.

The words that guided the career of Kaiser, a national public relations pioneer from Kansas City, Kansas, are now guiding the chapter. The chapter is honoring Dr. Kaiser this year by establishing a $25,000 endowment fund, the Inez Y Kaiser GKC-PRSA Memorial Scholarship Fund, at the Greater Kansas City Community Foundation for undergraduate college scholarships. The fund, which the chapter hopes to increase in size by raising additional funds via a capital campaign, is to help identify future Inez Kaisers. Scholarships will be awarded starting in 2022.

Inez Kaiser was born in Kansas City, Kansas in 1918. She was an educator first, but became a business woman and public relations professional of many other firsts. In 1957, she founded Inez Kaiser & Associates. In 1963, she was the first Black woman to establish a national public relations firm in downtown Kansas City – unheard of at the time. She soon had an impressive roster of national clients. Yet it was her passionate commitment to volunteerism that defined her. Kaiser was the first Black woman to join the Public Relations Society of America in 1966. Rick Kaiser, son of Dr. Kaiser and Scholarship Advisory Committee Chair:

“I am elated and humbled that my mother’s accomplishments will be memorialized,” said Kaiser. “It’s quite wonderful and I thank the GKC/PRSA Inez Kaiser Scholarship Committee for everything they’ve done and especially for including me along the way. Growing up, I knew she was doing great things, but to me she was just “Mama” and working on this has given me a clearer picture of her extraordinary contributions to the community.”

Lea-Ann Germinder, APR Fellow PRSA, GKC/PRSA Scholarship Co-Chair: “I thank Cheryl Procter-Rogers for telling Inez Kaiser’s story, the Museum of Public Relations for all their kind assistance and for continuing to provide a platform for telling the history of public relations and in particular the stories of Black leaders in our profession. The GKC-PRSA chapter, its board and members are to be commended for recognizing Inez Kaiser on its 60th anniversary and in perpetuity with the endowment. History matters, and storytelling does indeed matter.”

BACKGROUND: The journey to establish the fund began in February 2020 when former chapter president Lea-Ann Germinder attended a presentation by Cheryl Procter-Rogers, APR, Fellow PRSA at the Museum of Public Relations in New York, entitled “Why History Matters: Making the Case for Storytelling,” that included the powerful story of Kaiser. Germinder became determined to find a way to honor Kaiser in her hometown chapter. She was thrilled her son Rick Kaiser and the chapter were amenable. Past president Norita Taylor was on board from the beginning. A committee was formed led by her and vice president of diversity and co-chair Carrie Stapleton. Committee chapter members include chapter past president Norita Taylor, APR; a PRSA past national chair Debra Peterson, APR; Anita Parran; Darius Lane; Sheba Clarke; Michael Grimaldi and current president Alex Miller.

Chapter members have written tributes to Kaiser which can be found on the main GKC/PRSA chapter website.

Information Courtesy of The Museum of Public Relations 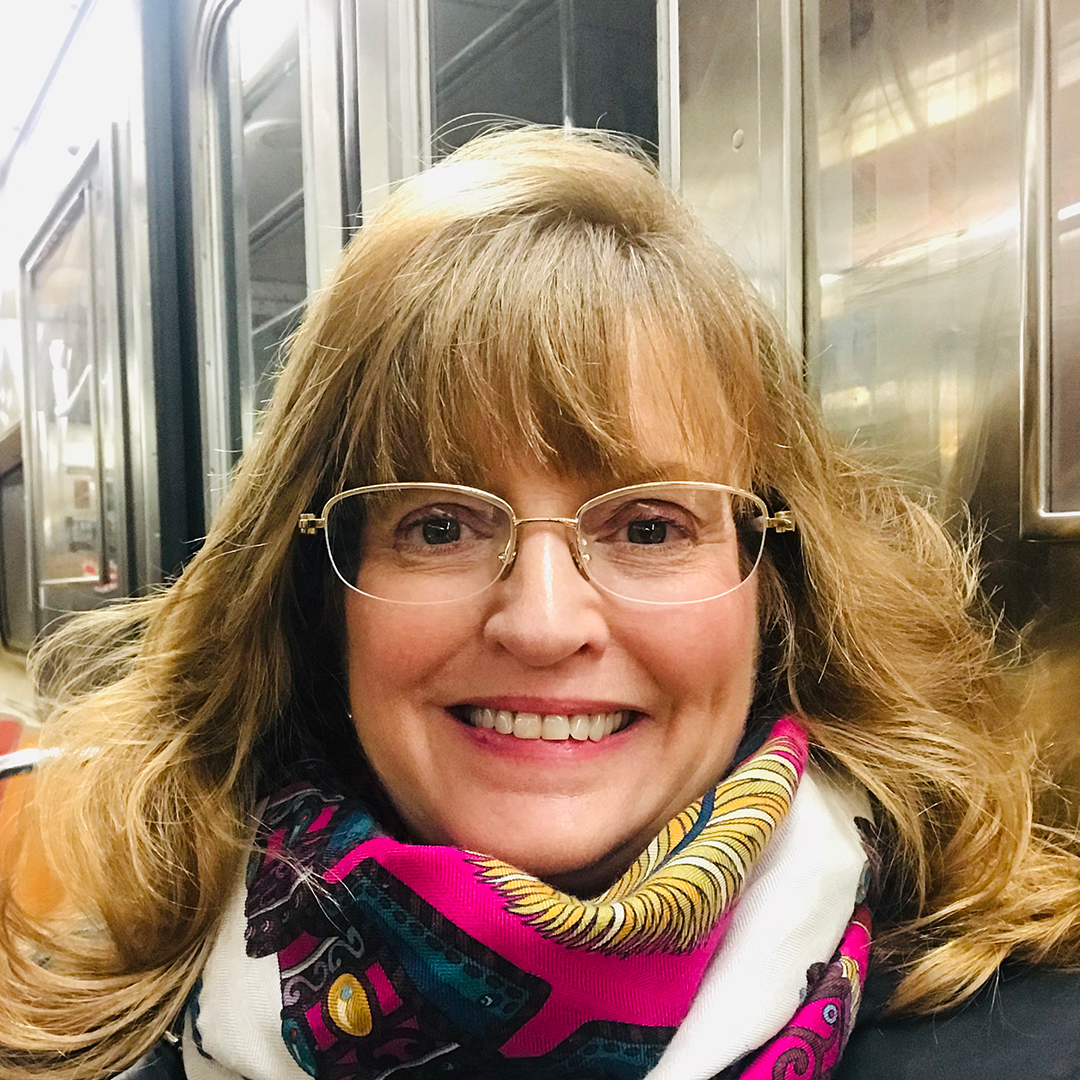 Lea-Ann Germinder, APR, Fellow PRSA has been appointed GKC/PRSA Inez Kaiser Scholarship Committee co-chair by the GKC/PRSA board. Germinder previously had been named sponsorship chair. The appointment is in recognition of her work in bringing forth the idea of honoring Dr. Inez Kaiser, a national Black public relations pioneer and the first Black woman to join PRSA in 1966 and a member of the GKC/PRSA chapter. Germinder was past-president of the chapter in 1999, knew of Kaiser but had not met her. Carrie Stapleton, GKC/PRSA vice president of diversity and inclusion continues as co-chair, overseeing the implementation of the chapter’s overall D&I plan.

“I am honored to fulfill this role alongside my colleague Carrie Stapleton and fellow committee members. Since hearing Inez Kaiser’s story from Cheryl Proctor-Rogers, APR, Fellow PRSA’s excellent presentation last February at the Museum of Public Relations, I knew her hometown chapter would find a way to celebrate her. Now it is soon coming to fruition.”

As we near the end of Black History Month, I’m sharing a tribute to one of Kansas City’s very own national public relations pioneers.When I was president of the Kansas City chapter in 1999, there was a decidedly diminutive exquisitely dressed “older” African-American woman at the PRISM awards I had not met before. I asked someone who it was. I was about to give a speech, and the only thing I can honestly recall was the response, “oh, that’s Inez Kaiser.” I went up to give my “all-important” speech and the moment to meet Inez was lost. I don’t recall seeing her again.

Fast-forward 22 years later. I was attending the Museum of Public Relations 5th Annual Black History Month event as the guest of speaker Cheryl Proctor-Rogers, APR, Fellow PRSA, past chair of PRSA and a noted PR Business Strategist/Executive Coach. Cheryl not only knew who Inez was, she celebrated her as one of the black pioneers of the public relations profession in her presentation, “Why History Matters: Making the Case for Storytelling.”

She was an extraordinary national trailblazer that is one of Kansas City’s own.

Inez Kaiser passed away at 98 years old in 2016. I started my own woman-owned firm in Kansas City in 1998. I know how hard it is to start a business as a woman, but to start a business in 1957 as an African American woman? I’m glad I got to know her story, but regret I never really met her. We have so much to thank Inez, but as a woman who started a business in Kansas City, I have much to be thankful to for this incredible woman and so many woman entrepreneurs before me – black or white or of any color. And that was a point also made in Cheryl’s presentation – these pioneers are a significant part of our history –certainly our public relations history — and should be celebrated.

Thank you Inez and thank you Cheryl-Proctor Rogers, APR, Fellow PRSA and the Museum of Public Relations, for calling attention to Inez Kaiser’s enduring legacy. Lastly, thank you to the Greater Kansas City Chapter of Public Relations and Norita Taylor, APR, GKC-PRSA Immediate Past President for joining me and others in moving the celebration of Inez forward.

Germinder + Associates has named Norita Taylor, APR, GKC-PRSA President and OOIDA PR Director, as the twelfth Germinder20 Power of Pink Honoree to receive the award. Taylor is a former Germinder + Associates Account Manager, an accomplished musician and pet lover. She has designated the Band of Angels, a 501c3 charity that collects music instruments and provides them to children in need to receive $1,000 for her Honoree donation. To read more about her story, click here #Germinder20 #PowerofPinkHonoree

“Norita is not only an especially gifted communications executive, she’s an exceptional team builder and manager of people. I am grateful for the time she spent at Germinder + Associates, how she nurtured the smallest of ideas into successful programs for our clients, how she developed her career, and how she has led the Kansas City chapter of PRSA as president this year,” said Lea-Ann Germinder, APR, Fellow, PRSA, Founder and President of Germinder + Associates, Inc.

“I would like to thank Lea-Ann for creating this program. I am humbled to be an Honoree and grateful that Germinder + Associates is making a donation to Band of Angels. Music teaches tenacity, artistry and patience.  Even though my career path is mostly about public relations and the corporate world, music is very much a major part of my life. I have always been involved in performing music in some way since childhood and have continued to do so today. I am even more inspired by the fact my son is pursuing music as well and this donation will help other children learn the joy music can bring to their lives.”

Taylor has served as Public Relations Director at OOIDA since 2007.